View cart “Chinese Feng Shui Gold Dragon” has been added to your cart.
- 9%

The 9″ Inch Solid Brass Feng Shui Rhinosaurus will last as long as it’s history and ancestry in China.

During the late Warring States and the early Han Dynasty an extraordinary transmutation occurred whereby images of the mythic goat-unicorn zhi began to merge with images of the only other one-horned animal known to the ancient Chinese, and that, of course, was the rhinoceros. This melding of images was only made possible by the fact that by that time rhinos were rarely seen in central China anymore. And just as familiarity may breed contempt, extinction often gives birth to myth. So it was that by the Western Han Dynasty at the latest, the rhinoceros had acquired the status of a mythic beast in China. But how did this happen, when, as we have seen, the Rhinocerotidae had such a tremendously long ancestry in China stretching back into the Tertiary period?

There are no reviews yet.

Only logged in customers who have purchased this product may leave a review. 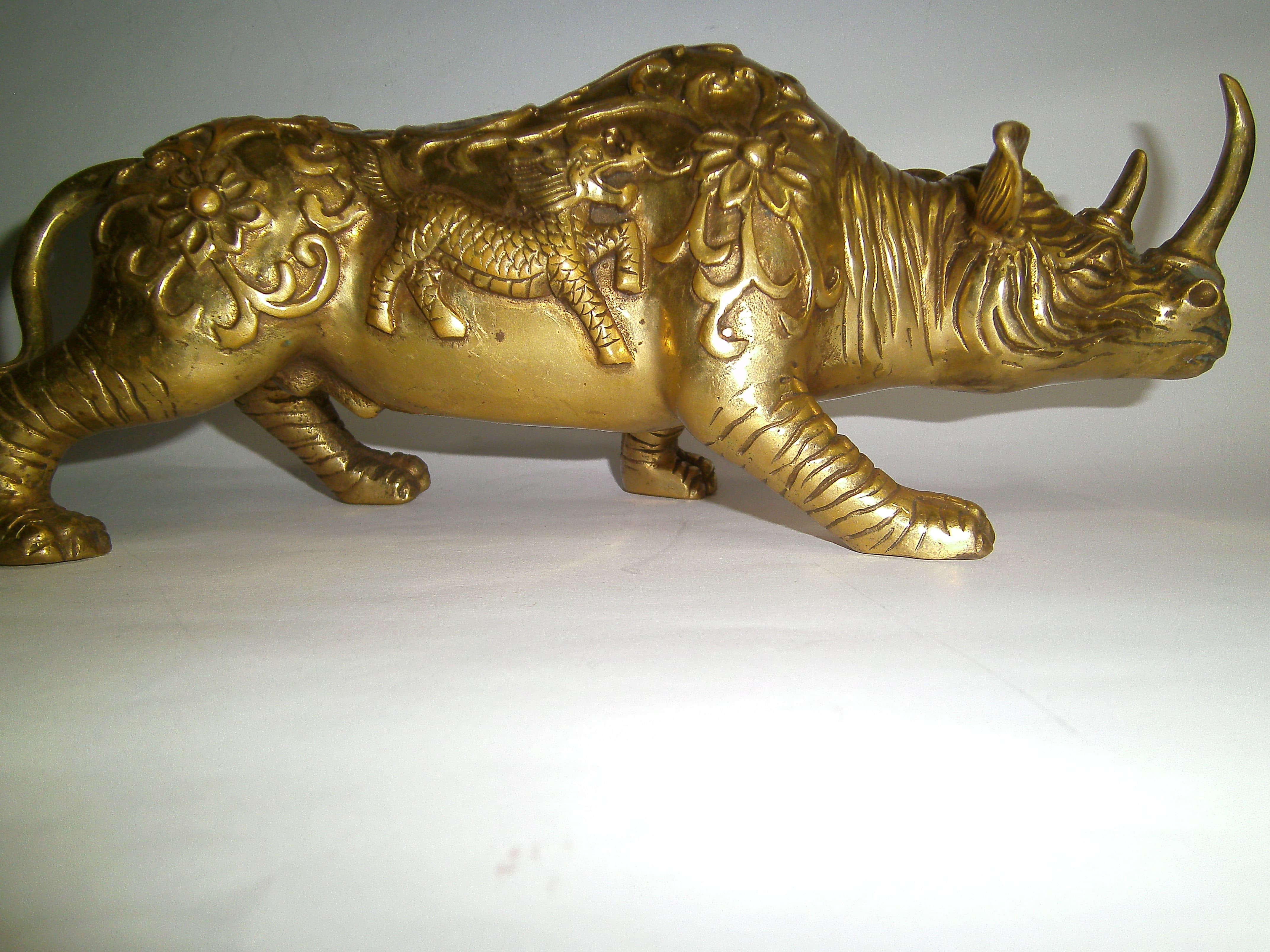